It isn’t my goal to make this a tremendously political blog, but, as a new dad, seeing the George Zimmerman verdict come in not guilty has really gotten under my skin. So: as a dad, I’m troubled when any kid dies, but this goes beyond just that feeling. I assumed that, if I taught my kids to not pick fights, I could assume that they’d not get shot fighting in their own defense. Now, we live in a world in which the other guy can pick a fight and, then, when he’s losing it, shoot you. And not go to jail1.

I started taking martial arts when I was 12. First there was Tae Kwon Do; then, in college, Brazilian Jiu Jitsu; and, most recently, Krav Maga. Especially when I was younger, the self-discipline was incredibly valuable, and, as I got older, I really appreciated the fitness. Through it all, the fact that I had learned practical skills with which I could defend myself was an incredible, if secondary, side benefit. I’d always hoped I could get the same returns in self-discipline and fitness for my kids by sending them to a martial arts school as well. There’s very little that can make a child a young adult like the discipline and maturity you get from martial arts.

But then there’s that self-defense thing. I’d thought it was a benefit substantially because I had this particular vision of the ethics of self-defense: that is, you don’t go out looking for trouble, but, if trouble finds you, you beat the heck out of trouble. It’s a pretty classic and, dare I say, American view of things — Teddy Roosevelt and “speak softly but carry a big stick” and all of that. To be honest, I’m scared of that now — fighting back can get you killed, and half the country will think you were asking for it. If someone else is free to pick a fight and then shoot you if they’re losing, then it seems like by far the safer strategy is to make sure you lose the fight

(One might argue that carrying a gun and simply responding to every attack with deadly force is the better strategy. I’d respond that a seven-year-old shouldn’t carry a gun around in their daily life, but should go to a martial arts class.)

A quarter century ago, I went to Tae Kwon Do classes with a bunch of black and white people from a range of socioeconomic backgrounds, in a bad part of Baltimore. I’m forever joyful that our teacher, Mr. Lashley, taught all of us how to be better people, and us kids how to gain the maturity and self-control we needed. And I’m now sad that the right lesson is to teach my kids to roll over to bullies and give in to those who attack them. But that’s the way the laws in many states go, and I believe that more states will go that way soon, all in the name of some twisted vision of “self defense”. I’m sad that asshole George Zimmerman, and the people who support the laws he used in his defense, may take that great experience away from my kids. 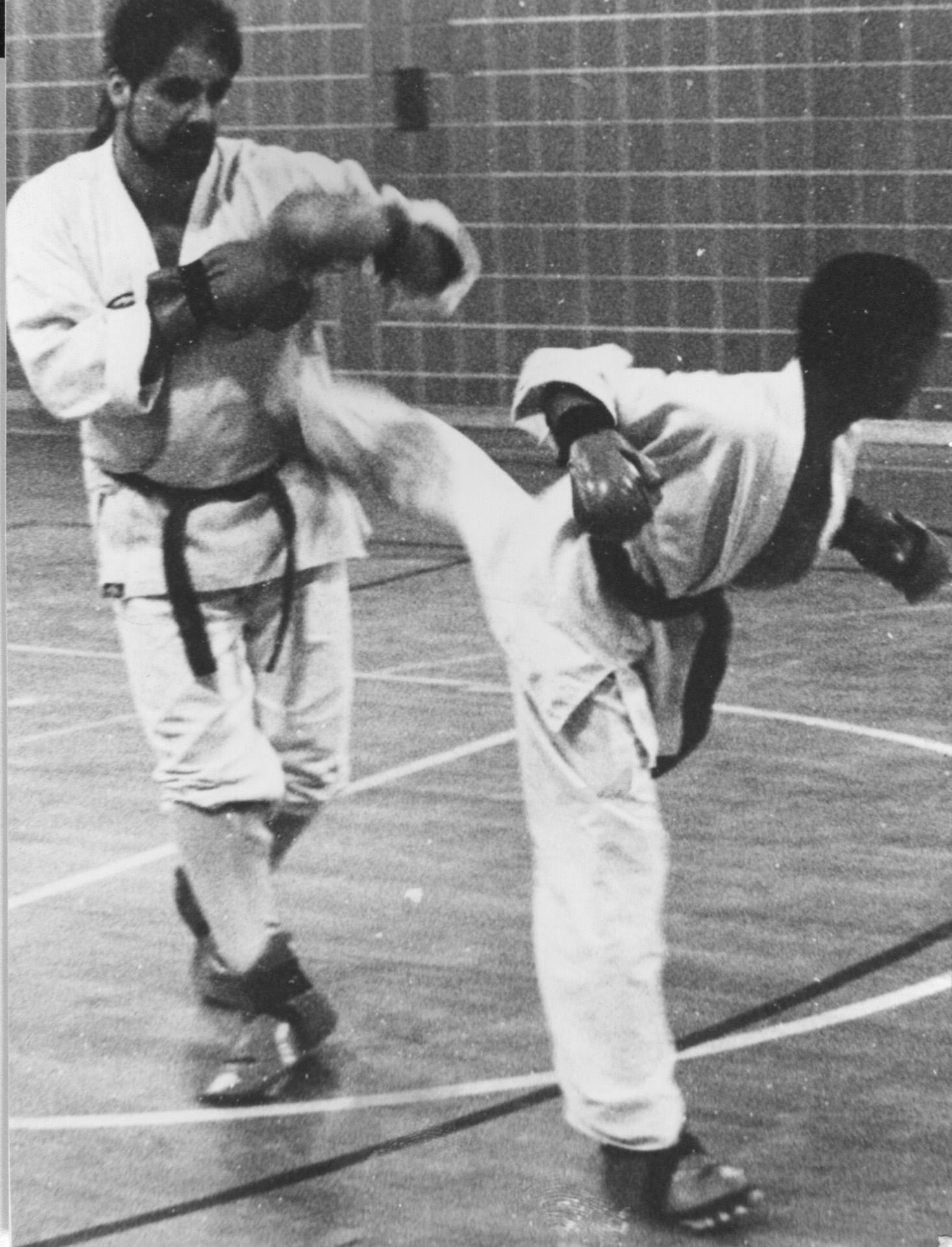