It's Eastertide again, and now that I find myself to be Catholic, that means that my brothers and sisters[1] in Christ are excited to feel His presence in their lives and connect with His journey to crucifixion and resurrection through, of course, the mechanism of celebrating their own Passover Seder. As someone raised secularly with Jewish influences and ancestry,[2] allow me to use my expertise on both sides of this aisle and help you plan the most ecumenical, G-dly Seder.[3]

I'm So Glad You Want Me To Have a Seder!

It would be great if you visited your Jewish friends and joined them in a Seder!

Some Christians, including Seventh-Day Adventists and Syrian Christians in the Middle East and India, have traditionally celebrated Passover. While you wouldn't be celebrating a Seder per se, these traditional Christian celebrations may be meaningful to you. You should seek out such a celebration near you.

Otherwise, please do not celebrate your own Seder! It's actually kind of antisemitic.

Whoa, I'm not an antisemite, and I'm insulted you called me one!

The mark of somebody who's not bigoted isn't that they never say a biased thing -- we're all filled with prejudices, especially ones that we aren't aware of -- but that they learn and change when their negative behavior is pointed out.[4]

If I thought you were an antisemite, I'd assume you wouldn't even engage with me pointing out the above. Heck, you might be encouraged by it.

That said, a significant number of Jews will be insulted by you holding a Passover Seder as a Christian. So, we're just going to have to all have this conversation even though some folks on both sides may be insulted. 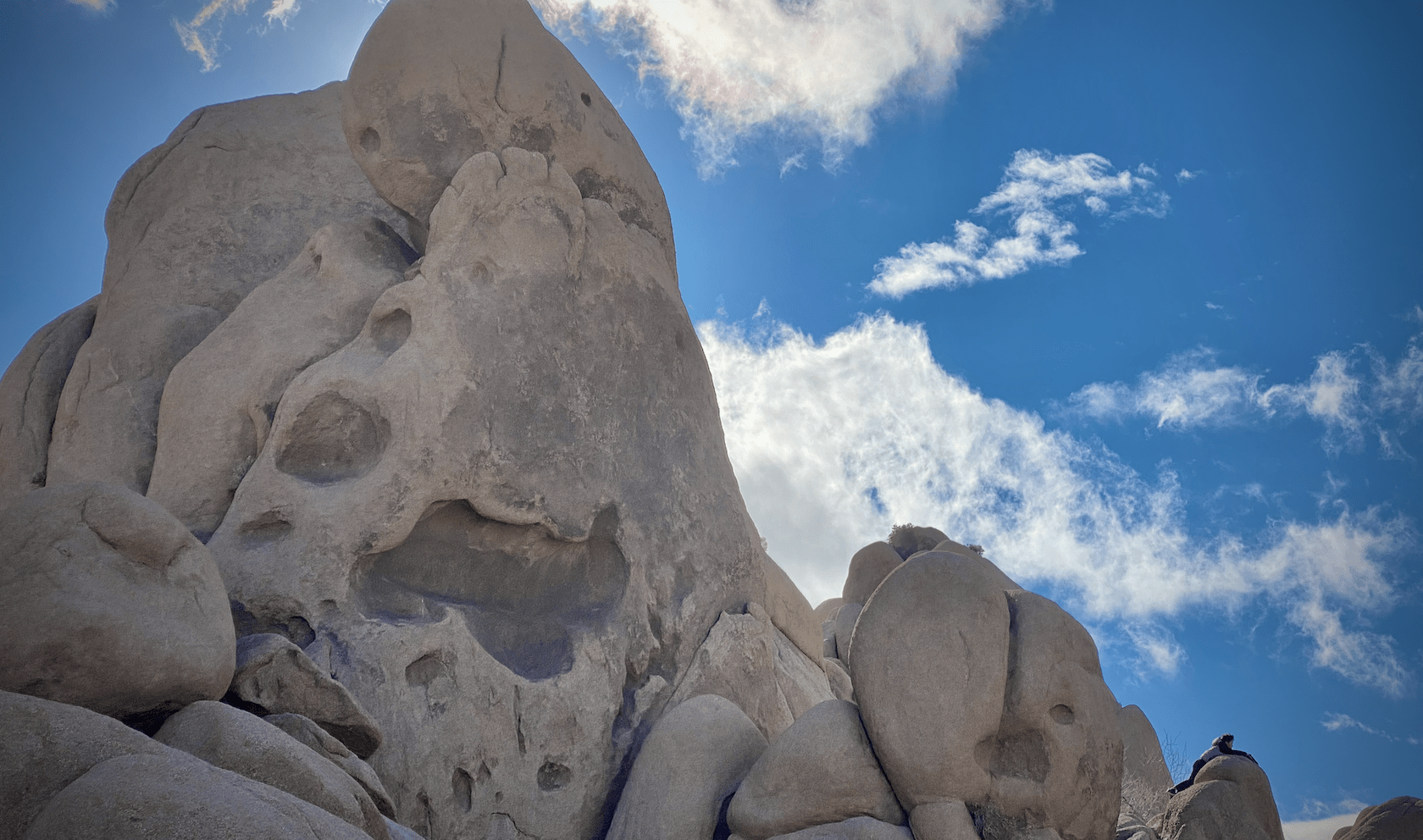 You're telling me I'm not allowed to hold a Passover Seder?

This is America, and you're allowed to do anything. We're going to come back to the top and point out that I said your Seder would be antisemitic, not that it would be illegal.

That's quite some gatekeeping for a supposedly open-minded person

I can't keep you from holding your own Seder, but it's not gate-keeping for me to judge you after you've done a thing that you oughtn't do.

But I just want to experience what Jesus experienced!

Yet, the components of the ritual are part of what makes the holiday meaningful. Why not eat charoset and matzoh and ask the four questions of my child?

The components of the ritual do make the holiday meaningful! But they make it meaningful by bringing in the experiences of the intervening two millennia on the Jewish people. Your people have had none of those experiences; how would the rituals add meaning for you? 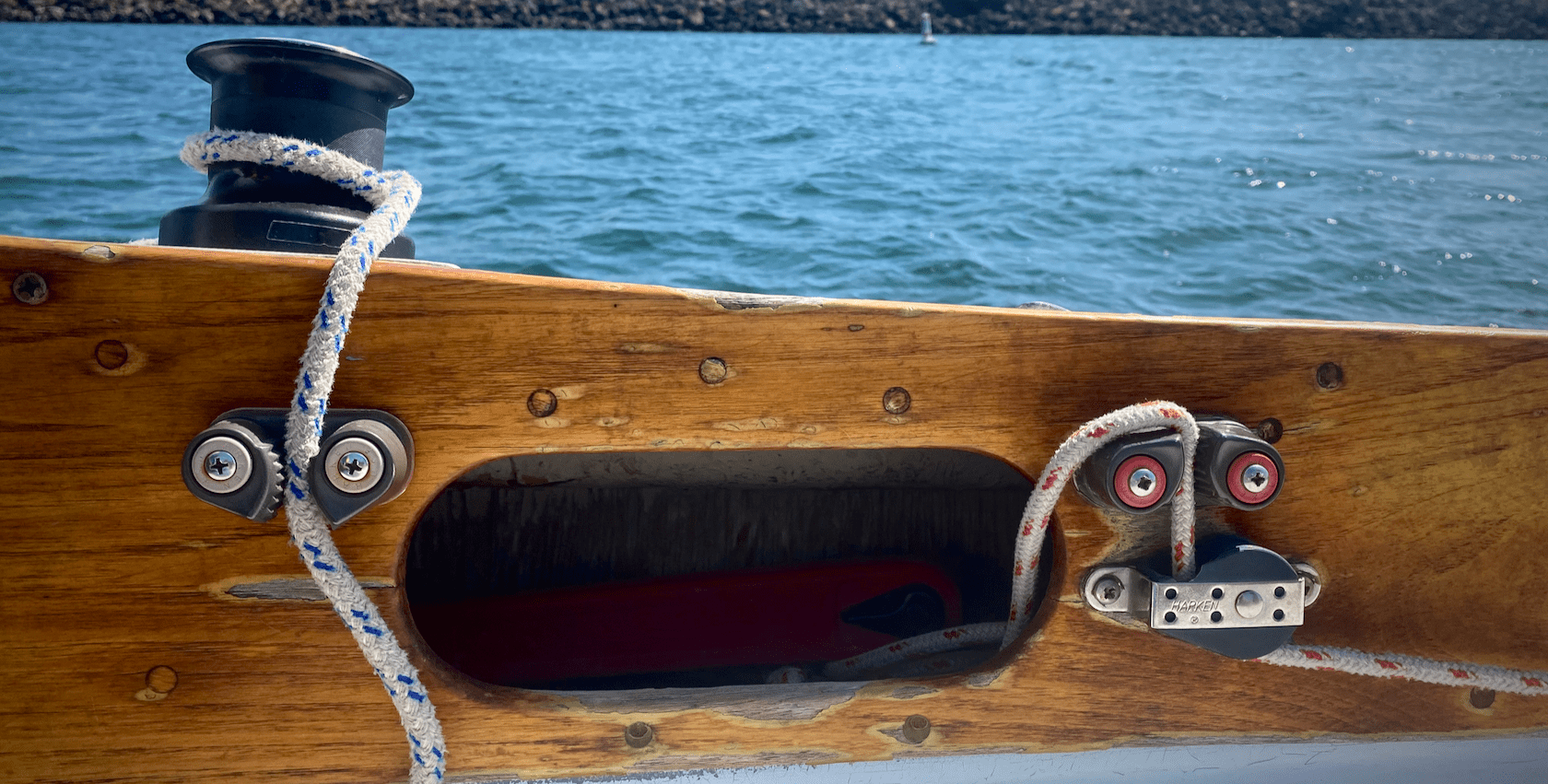 Hold on, we're the same people! Jesus is the fulfillment of the Law!

That's actually part of the problem! Jesus doesn't just fulfill the law; He ends it. He marks a new covenant. So, when you say the above to a Jewish person, you are saying something like, "your religion has been invalid for 2000 years." Do you think that this will be perceived as nice?

We Christians are not exposed to regular explanations by Muslims that, in fact, our religion was replaced 1400 years ago by Islam. If a stranger said this to you, would you take it as kindness?

But look, it's unquestionable that the root of Christianity is Judaism. Do Jews object when we read the Old Testament or talk about Abraham and David and Solomon?

Sure, the roots of Christianity are in Judaism.[5] But remember, for the Jewish people, the Tanakh is a story of the history and community of an ethnoreligious nation. Don't expect anyone to be throwing you a party for reading these books or thinking of Solomon as your ideal King.

Did you just accuse me of being antisemitic for reading the Old Testament?

I'm not saying it's antisemitic in particular, but you've got to admit that it's kind of weird that so many folks who have absolutely no relationship to the nation described in the Old Testament, yet read about it continuously.

If your white neighbor of Anglo-German descent, you know, the UPS driver who grew up in Des Moines, spent every day reading the history of the Khmer empire in Southeast Asia, that would be odd. If he went to a group meeting every Sunday to discuss the lessons of the Khmer empire's rise and fall and how to live his life today by those lessons, that'd be odd.[6]

I converted to Christianity and became a Catholic because I believe in the teachings of Jesus Christ. I don't believe it's practical to understand them or learn from them without reading the Old Testament. There's no way we're removing these books from the Christian Bible.

But, if we're going to live in an ecumenical world,[7] then we've got to be able to understand that:

Reading the Bible can be valuable even with all of these being true. But it's more valuable if you can wrestle with them. You can read the New Testament with these in mind, too, the Jewish Annotated New Testament is quite fascinating 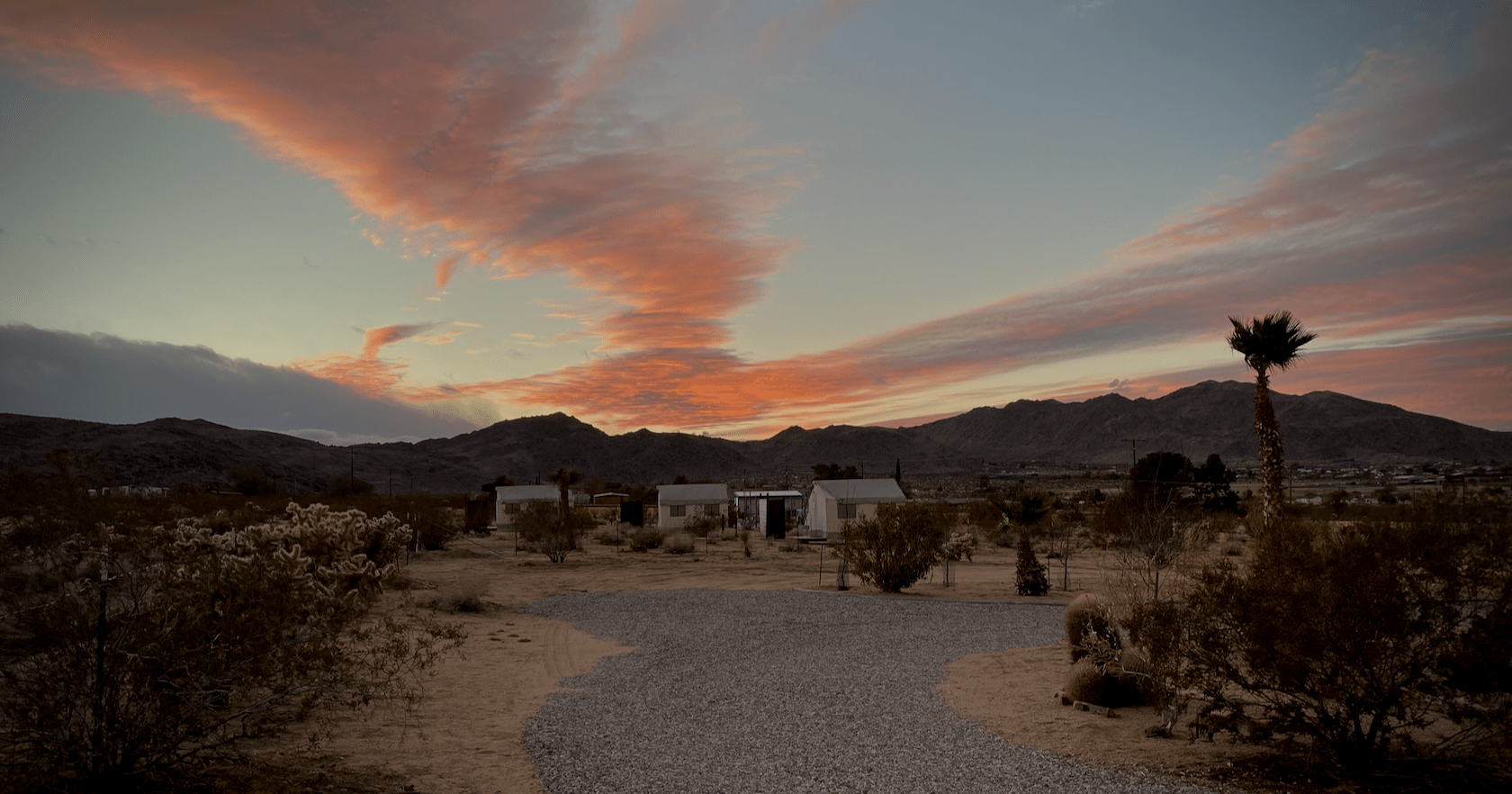 I understand what you're saying about cultural appropriation here, but isn't it wrong and unfair for the Jews to refuse to share Passover with us when we don't complain that they celebrate Christmas?

There are two pieces to your response here:

Is it really sharing if your holiday is:

Is Christmas shared, or is it inescapable?

Well, how would you imagine a non-Christian family celebrates Christmas? There's gifts, for sure, and maybe a big dinner or supper. There might be some Christmas movie viewing, say A Charlie Brown Christmas or It's a Wonderful Life or Christmas Vacation or... you know. There might be classic Christmas stories, Dickens or Dylan Thomas.

And, sure, non-Christian parents in America share the Christmas story with their children -- it's an integral part of the culture they live within. It's kind to their children not to be class bummers who spread the word that Santa Claus doesn't exist. But it's a big step from there to, say, reenacting Mass.

Is celebrating a Passover Seder -- not just celebrating the day of Passover and the reasons, but actually celebrating it in the manner of another religion more like watching Miracle on 34th St, or more like trying to carry out the steps of the Blessing of the Eucharist?

Would you find it respectful if your Jewish friends and neighbors re-enacted the Blessing of the Eucharist?

OK, I can see the difference, but isn't it showing respect to the Jewish people to learn about and understand their celebrations?

On the theme of respect, let's keep in mind that the story of Passover is one of desperate escape from slavery, oppression, and death. One thing about Passover that I think appeals to many American Christians is the degree to which it is an underdog story, and thus one we want to pull for.

The reality of the large number of organized, group antisemitic acts historically carried out by Christians during the Easter season makes it awkward to be borrowing Passover, no?

I'm of English descent; we didn't do the Holocaust

Of course, the English didn't! The English expelled all the Jews in 1290. (Everyone else expelled the Jews at some other time in the mid-second millennium CE, too)

So many Jews -- including my ancestors -- lived in Eastern Europe because, for generations, it was the only place in Europe they could legally live.

Heck, in 1862, Ulysses S. Grant expelled all Jews from his army's area of operations in Tennessee, Mississippi, and Kentucky (he later regretted the action).

I still didn't do any of this shit, and I'm not going to be responsible for things I didn't do

That's true; you didn't do any of this at all. Not even a little. For all I know, you've never even thought it.

Does the fact that you're blameless release you from any desire to be sensitive to, and respectful of, the Jewish history of oppression?

The only ask here is that you listen and learn the perspective of others.

If you don't want to listen to me, how about Rabbi Michael Harvey, in the Times of Jerusalem, or Rabbi Dayna Ruttenberg, often called "the Chief Rabbi of Twitter" 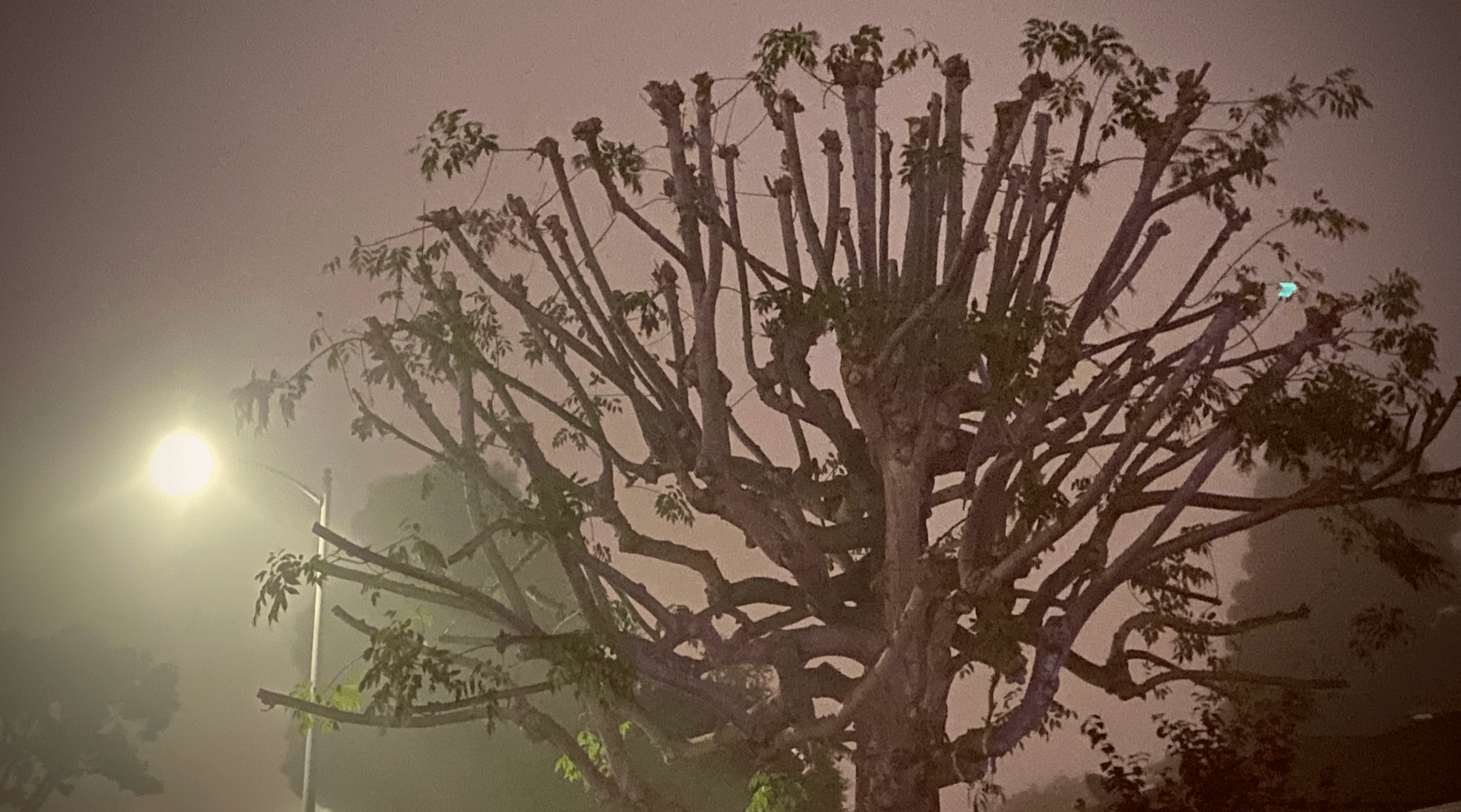 I've listened and learned, but I want a deeper understanding of Christ's experiences in the Passover season

I'm glad! My experiences growing up between two religions added a ton to my life. It would be wonderful for you to have a proper Seder experience.

The best way to do that is by asking your Jewish friends if you can join. If you don't have Jewish friends -- not particularly unlikely, there are somewhat more than 12 million Jews in total in the entire world -- then ask your Priest or Minister. I'm sure they know a Rabbi who would be happy to welcome you.