The soy baby formula adventure has ended: we’ve returned to dairy. At the end of the day, neither of us felt comfortable with a food product whose first ingredient was “corn syrup solids.” I realize that they provide the creamy mouth-feel our baby craves when he drinks a soy formula, but they’re not the healthful ingredient I would want to see coming first. For instance, the first ingredient in dairy-based formula is “nonfat milk,” which compares rather well.

Nonetheless, there was some good news! The baby was very comfortable drinking the Similac Isomil, even though he didn’t care for the Enfamil ProSobee that much. While he drank less from his bottles with the ProSobee, he fed about the same amount of soy baby formula as dairy baby formula, once we switched to the Isomil.

It never did dissolve quite as well when we made the bottles, however — we needed a little more shaking every time!

Morning Sniffles with Soy and Dairy

A few days after the switch, the baby has the same morning congestion, and, in fact, he kept it through the whole soy baby formula trial. It could just be the rapid switch from dry desert night air to moist morning fog fronts rolling off the sea that we have here. His digestion doesn’t seem to have been upset in the early days back.

Overall, I’m excited to get away from those corn syrup solids and back to the “normal” galacto-ologosac-charides. Sounds legit. 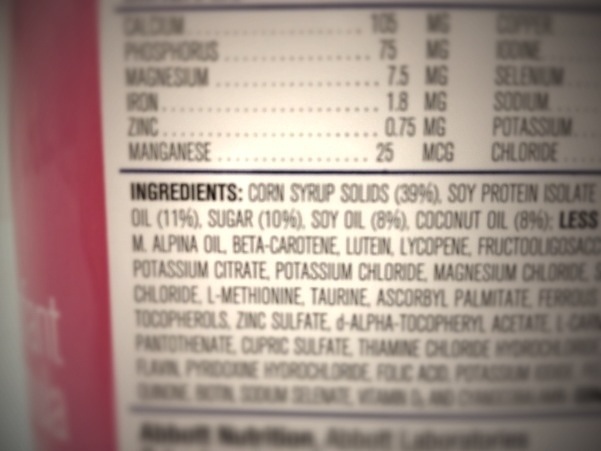